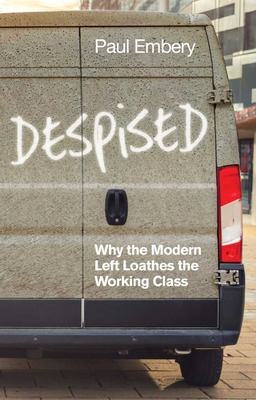 Despised - Why the Modern Left Loathes the Working Class

The typical contemporary Labour MP is almost certain to be a university-educated Europhile who is more comfortable in the leafy enclaves of north London than the party's historic heartlands. As a result, Labour has become radically out of step with the culture and values of working-class Britain.

Drawing on his background as a firefighter and trade unionist from Dagenham, Paul Embery argues that this disconnect has been inevitable since the Left political establishment swallowed a poisonous brew of economic and social liberalism. They have come to despise traditional working-class values of patriotism, family and faith and instead embraced globalisation, rapid demographic change and a toxic, divisive brand of identity politics. Embery contends that the Left can only revive if it speaks once again to the priorities of working-class people by combining socialist economics with the cultural politics of belonging, place and community.

No one who wants to really understand why our politics has become so dysfunctional and what the Left can do to fix it can afford to miss this authentic, insightful and passionate book.